"One day my Academy boys will be the leaders of this country"....

A football coach from Lisburn, County Antrim, has vowed to stay in Sierra Leone, despite being at the epicentre of the Ebola outbreak sweeping West Africa.

Johnny McKinstry became the youngest coach in international football when he was appointed to lead Sierra Leone in 2013.

The 29-year-old was sacked last month, but decided to remain in the country.

He is currently managing a football youth academy in Tombo, near Freetown.

McKinstry has run the Craig Bellamy Foundation, which coaches youth players aged 12 to 17, for the past five years.

The players typically have 12 hours of football training per week and spend more than 20 hours on academic work. 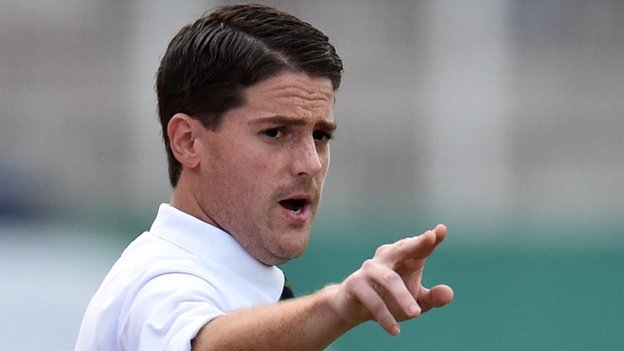 However, the academy is now in lockdown, with a self-imposed quarantine in place in the 15-acre site.

Although his family have called for him to return home, McKinstry said he promised the parents of his young footballers that he would protect them, and he is staying put in Sierra Leone.

Speaking to Al Jazeera, McKinstry said he could not imagine abandoning his players.

He said: "My parents are concerned when they read these things in the papers, it sounds like the zombie apocalypse. 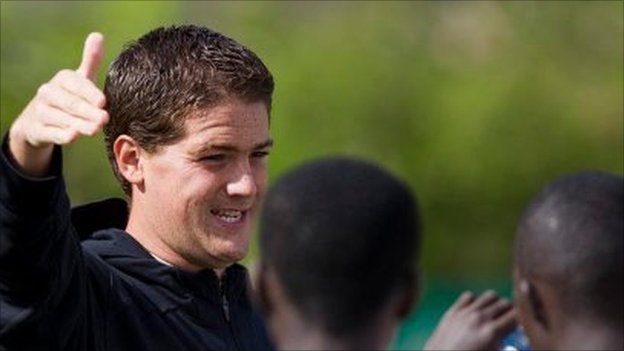 "But we're like an extended family here, that's what I've explained to my parents. I've got 27 kids here and have formed a relationship with each and every one of them."

There have been more than 3,800 cases in Sierra Leone since the outbreak began, with almost 1,300 deaths, according to the World Health Organization's latest figures.

McKinstry is the only person who leaves the academy now, making a fortnightly trip into the country's capital, Freetown, to collect supplies.

He said the city has changed dramatically because people are scared of the disease.

"Sixty to 70% of the expats who were here have gone home now," he said.

"If I was doing this job only for myself, I'd have gone home. But other people are relying on me, so I'll stay."

Although the football academy has been in lockdown for a number of months now, McKinstry said it has not hindered the players' progress.

"Their educational performance and levels of behaviour have actually improved since the outbreak," he told Al Jazeera.

"Their attitude is very humbling. They are cheerful, positive and appreciative of the opportunities they have here.

"We have a scoring system to assess their performance. The behaviour and their scores have never been higher than the last few months.

"One day they will be the leaders of this country."