From Rwanda with love: Northern Irishman Johnny McKinstry on his new African adventure

The Ebola virus derailed the young manager's incredible work in Sierra Leone but he's eager to conjure something similar in a new country. 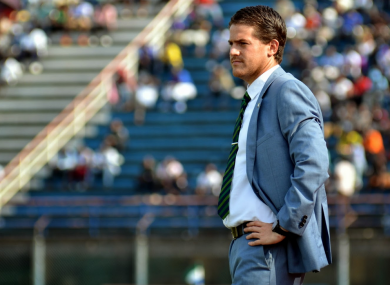 After a remarkable stint as Sierra Leone manager, Johnny McKinstry was confirmed as Rwanda's new coach a fortnight ago.
Image: Darren McKinstry/www.johhnymckinstry.com

WHEN THE EBOLA virus brought Sierra Leone to its knees, there was plenty of collateral damage. The football team were in the midst of Africa Cup of Nations qualifying when the lock-down happened. They were soon left homeless after the Confederation of African Football (CAF) ruled that no team could travel to the country to play matches. Laughably, they were forced to play one ‘home’ fixture in DR Congo…against DR Congo. Before an away assignment in Ivory Coast, there was a genuine concern days beforehand that Sierra Leone’s players wouldn’t be allowed in the country. They arrived the night before the match.

There were plenty of other logistical nightmares to contend with too and after successive defeats, the team’s 29 year-old manager Johnny McKinstry was sacked. In his 15-month spell in charge, the Lisburn native had brought the side to its highest-ever position of 50th in the FIFA world rankings. Under his management, the team played attractive football, scored goals and racked up some important results. Still, the circumstances mattered little to those in power. When the dust settled last autumn, McKinstry weighed up his options, travelled extensively and finally decided on his next move: Rwanda.

“I was looking for something that whet my appetite but also somewhere there was a bit of potential for success”, says McKinstry.

In Sierra Leone, for as much as we did with moving the team forward, we were hindered by the political environment and the logistical side of things. And looking at Rwanda, they’ve got a European head of marketing, a British technical director and whilst that’s not the be-all and end-all, it’s definitely an investment in key people that will help raise the game in Rwanda.”

“And ultimately, over the last 18 months, we’ve seen them move in the right direction. They went from 140th to 64th in the rankings and they’re hosting the African Nations Championship (different from the African Cup of Nations) next January. Maybe 1% or 2% of managers ever get the chance to realistically challenge or win something. And the expectation with being the hosts of that tournament would be to get to the semi-finals at least. And when you’re at the business end of the tournament, you’ve got a chance to win something.” 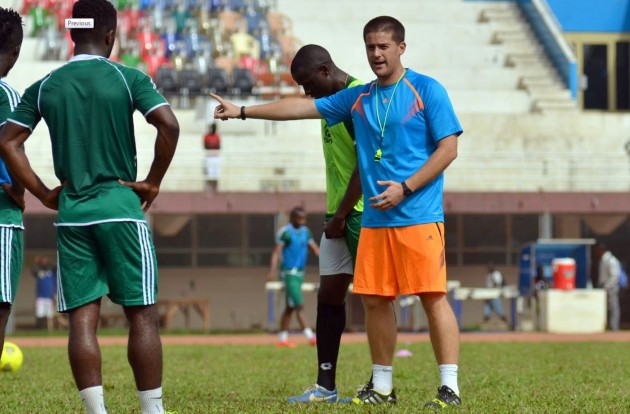 But Rwanda’s football history is almost non-existent. The country has never qualified for a World Cup and has only ever made it to one Cup of Nations tournament in 2004. The current squad is made up of locally-based players with a handful plying their trades at low-profile clubs in France, Belgium and Albania.

Still, McKinstry is excited by the amount of contact time he will have with his new group and knows that because of the resources, he can concentrate solely on coaching and getting the best from his players.

“The infrastructure within Rwanda itself excites me. The construction of 30 artificial football pitches around the country has been confirmed and there are four main stadiums too so the building blocks are in place in terms of the foundations and that’s what you want. From my experience in Sierra Leone, those things aren’t always in place. It means that you’re running around doing things that you shouldn’t have to if you’re a football coach. In Rwanda, there will still be some potholes to be avoided in the road ahead but I’ll definitely be able to get on with the actual coaching and the moulding of the team.”

On the east of Africa, Rwanda is almost 5000 kilometres away from Sierra Leone. Having spent almost five years building a home on the west of the continent (he was the Technical Director and manager of Craig Bellamy’s Elite Soccer Academy from 2010 until late-2014), McKinstry must now start from scratch again. Luckily for him, he thrives on new locations, absorbing the nuances and differences. 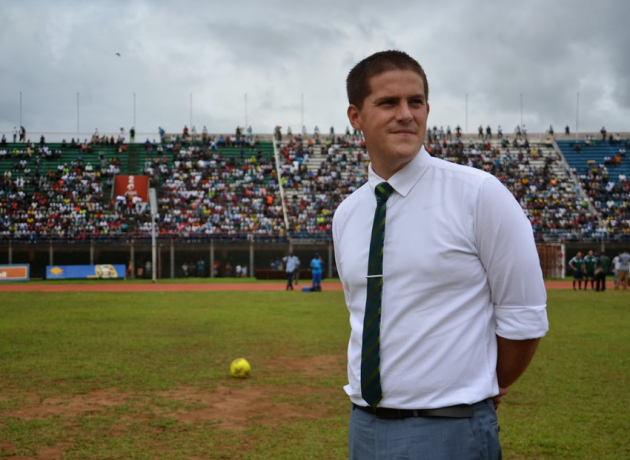 Johnny McKinstry belied his youth by taking the unlikely Sierra Leone to the top-50 in the world. Now, he's hoping for similar success with Rwanda.

His coaching has taken him from Lisburn Distillery to MLS side New York Red Bulls via spells at Newcastle United and the University of Northumbria and though initially seeking out a position with a club team in the aftermath of his time in Sierra Leone, he’s enthused by what lies ahead.

“There are base similarities but it’s a completely different part of Africa. There will be different cultural norms, there will be different day-to-day practices. That’s something I’m going to have to pick up very quickly and something I’m looking forward to. For me, I love culture. I love people. When I go on holiday with friends and family, they want to go to see the sights but I’m not a places person. I like putting myself in situations where you get to know people and what interests them and what drives them. So yes, it will be something new in Rwanda but I’m looking forward to learning about a new part of the world.”

Rwanda’s history is dominated by the harrowing events that took place between April and July 1994 when 800,000 people – mostly of the Tutsi minority – were slaughtered. Over the last two decades, the country has attempted to move on but it’s intrinsically linked to a notorious genocide, the shadow of which seems set to loom large indefinitely.

With Sierra Leone having experienced a brutal Civil War as well as the Ebola epidemic, would McKinstry not have preferred his next managerial appointment to be in slightly less fractious climes? Was there any interest from teams in the Caribbean? Or how about from nations like the Maldives or the Seychelles?

I won’t name names but a similar place to those you’ve mentioned did offer me a head coaching job and I decided to turn it down in place of Rwanda. Financially, the offers were exactly the same but I looked at the two and decided that I’m driven by challenges. I’m driven by those odds being stacked against you a little bit.”

“When I moved to Sierra Leone, obviously people only ever talked about the Civil War and blood diamonds and all these things. But the country has moved on and developing at pace but unfortunately the recent problems of the Ebola outbreak has halted a lot of that. And a lot of the developing projects are on pause.”

“I’ve spoken to a number of people who have travelled through Rwanda or worked in the country and they can’t speak highly enough about it. In fact, when I was doing some TV punditry for ITV on the Africa Cup of Nations in January, Quinton Fortune, the former Manchester United player and South Africa international, described Rwanda to me as ‘the Switzerland of Africa’. He said it’s a beautiful country and apparently Kigali, the capital city where I’ll be based, is one of the cleanest cities you’ll ever be in. As a country., they’ve got very grand plans. They’ve got their whole planning mapped out for the next 25 years – how they’re going to develop Kigali as an African super-city – in the way that some of the Asian super-cities have developed.”

Following his stint in Sierra Leone, there were a number of intriguing proposals put to him from teams in Asia and from the Americas, but he was intrigued by the amount of fixtures Rwanda will be involved with in the short-to-medium term and the hands-on time he will get to spend on the training pitches as a result. 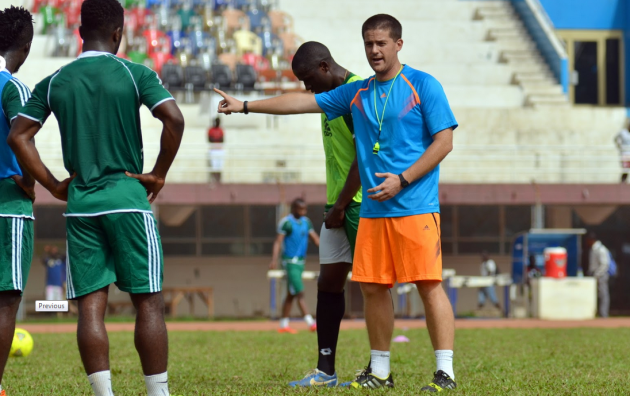 McKinstry is looking forward to spending plenty of time on the training pitch with his Rwandan players - something he relishes.

Already, he’s overseen one game: a 2-0 friendly defeat to Zambia last weekend. An encouraging performance, the bulk of the Rwandan team was made up of Under-23 players. But there’s no time to dwell on results. Just like McKinstry wants it, the matches are coming thick and fast and there’s an instant opportunity to bounce back and learn from mistakes. Next up are the Olympic qualifiers in a fortnight’s time.

“The contact time with the players will really make a difference. I look at the massive difference in the playing style of Sierra Leone in the 18 months we were there. I always look at that and ask myself if we had more time on the training pitch with these guys and my staff, what could we have achieved? With Rwanda, I think we’re going to get that opportunity to make that mark in terms of being on the pitch a lot over the next couple of years so let’s see what we can do.”

This feature originally appeared in the42.ie